Which is Better – A Gas or a Diesel Motorhome?


Gas vs Diesel – The Debate Continues

The argument about which is the better motorhome, a gas or a diesel pusher is as heated as the feud between the Hatfields & McCoys or the tragic Shakespearean families, the Montagues (Romeo) & the Capulets (Juliet).  And this feud over gas vs diesel motorhomes is just about as logical as those two epic conflicts. 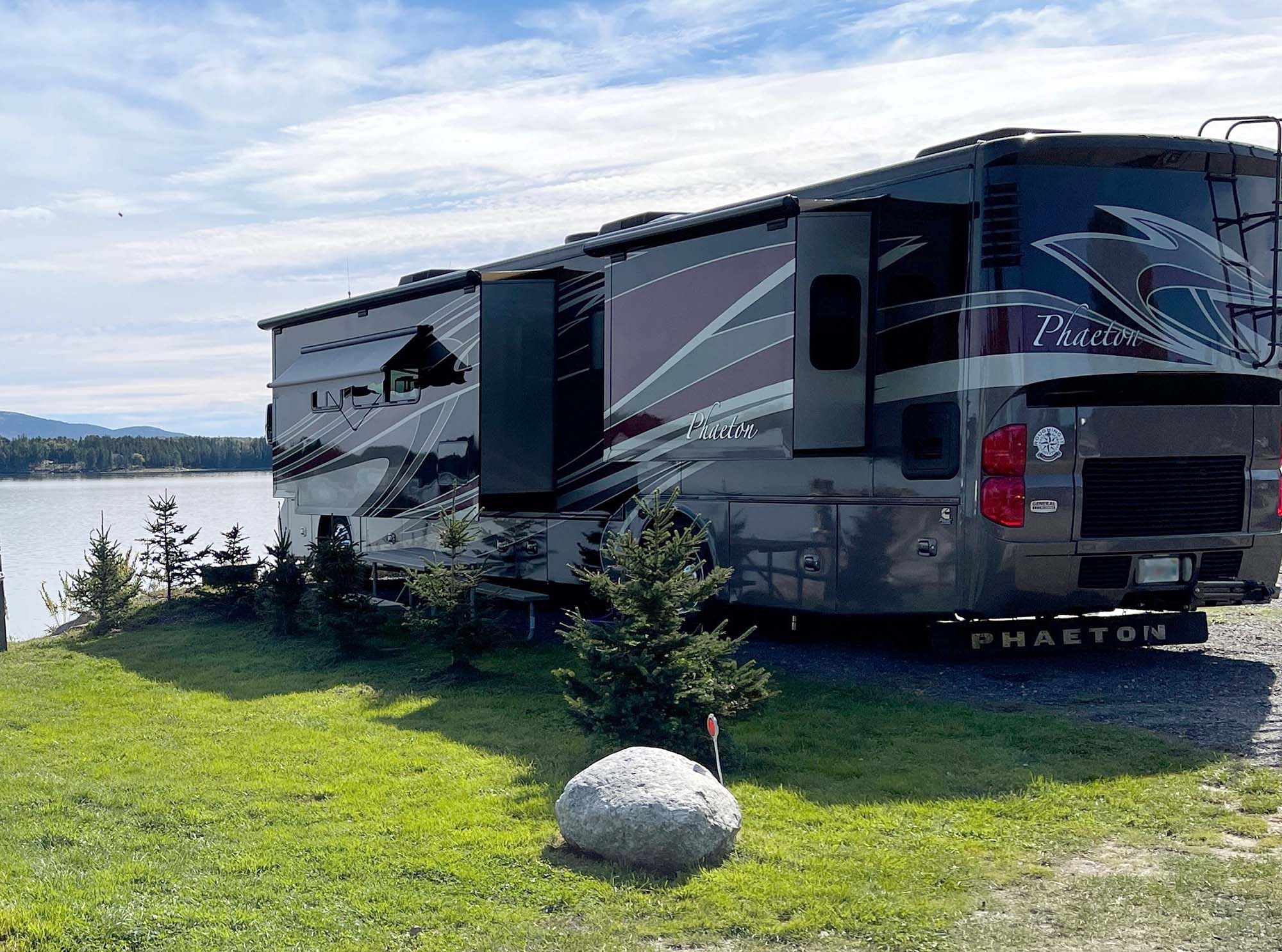 Living large in a class A diesel RV

People Buy the RVs They Can Afford

As one commenter added on another post, “Let’s face it, people buy the RV they can afford”.  It’s that simple.  If an RV buyer can afford a travel trailer, fifth wheel, gas motorhome or a diesel pusher, then that’s most likely what they’ll purchase. People gravitate to the type of RV that fits their self image and that is often determined by their finances.

Generally speaking, diesel RVs are more expensive than gas RVs. If a buyer  can easily afford $500,000 Class A motorhome they will probably not be satisfied with $90,000  5th wheel or motorhome.

Most Buying Decisions Are Emotional

Of course, there are pros and cons for motorhomes with either type of engine, but the decision to buy one over the other, is typically an emotional decision and the pros and cons are just the logical selling points the buyers use to justify their purchase.

As stated above Class A diesel pusher or a Class C diesel motorhome will most likely cost more than its gas counterpart. They are typically built on a heavier chassis and have higher-end appointments and features to go along with their more expensive price tag.  But one of the biggest benefits other than its higher quality construction and luxury features, is the fuel efficiency of a diesel engine.

Fuel Efficiency is an Advantage of Diesel

Diesel fuel may be more expensive than gas, but diesel engines get better mileage than gas engines and a diesel RV will have a greater range between fuel stops. Over time, this fuel efficiency will add up to a significant savings, particularly for RVers who plan to be on the road frequently.  There’s a reason almost all commercial trucks have diesel engines. Truckers prefer diesel trucks because they’re built on a heavy-duty chassis, they enjoy more fuel efficiency, and the life expectancy of the diesel engine is much longer than a gas engine. A gas RV engine might have a serviceable life of 250,000 miles, but a diesel engine will still be operational at twice that range.  Because these RVs are more expensive, built on a heavier chassis, have higher quality features and appointments, and are expected to last longer than gas motorhomes, they have a higher resale value.

Gas RV May Be a Better Choice in Some Instances

However, spending significantly more for a diesel RV just because it’s rated for 500K miles may be a waste of money for some RVers.  If the RV will only be used intermittently there’s no way the RV will ever get close to the engine’s full potential operational range.  Furthermore, diesel engines perform best when they are used constantly.  If the intended use will be sporadic then a high-end gas RV might be a more logical decision.

Everything About Diesel RVs in More Expensive

Also on the downside, diesel RVs not only have a higher price tag when you buy one, all maintenance and repairs will also cost more.  Diesel RVs  typically have larger and more expensive tires, and lube/oil changes will cost more for a diesel engine.  Additionally, DEF (diesel exhaust fluid) must be injected into the exhaust stream of all diesel engines. For every 50 gallons of fuel, you’ll need to add a gallon of DEF to the exhaust system.  This is not a problem since most fuel stops that sell diesel fuel also sell DEF, but it is one more expense and something you must remember to do for the proper operation of your diesel RV.  A gas engine in an RV is just like a gas engine in a car, no special additives are needed.

An RV is More than an Engine and Chassis

One of the major selling points for diesel RVs is the extended life of the engine.  Just like the engines used by commercial truckers the engine in a diesel RV is virtually indestructible.  But unlike a semi-truck, a diesel motorhome doesn’t just have an engine and a big empty box in which you can haul 80,000 pounds of freight.  A motorhome is a complex set of components and systems, which includes everything from DC and AC power, a furnace, air conditioners, house batteries, propane system, electrical components, water, sewer, water heater, refrigerator, microwave, entertainment systems, galley features, back up cameras, and much more.  And all these parts and components wear out.

The major selling point that the engine in a diesel RV has a range over 500,000 miles and is virtually indestructible sounds great until you stop and think about what that means.  Let’s be realistic. The engine may have that much range but if you drove an RV 25,000 miles annually (that’s equivalent to driving 10 times coast to coast across the US), it would take 20 years to drive 500,000 miles.  But most of the other systems in your RV (that makes it an RV rather than just a big empty box in which to haul freight) will probably not hold up under 20 years of continuous use.  Even better quality higher-end appliances and systems typically installed in a diesel pusher will begin to fail over time.  The engine might still have a lot of life left in it, but the rest of the RV will start to be problematic, and even the most expensive extended warranty will not cover RV system failures for 20 years.

The Biggest Difference Between Gas vs Diesel is Cost

Diesel RVs are durable, well built, have plenty of power for climbing hilly terrain, are built on a heavier chassis, and come equipped with the best the industry has to offer. Additionally, diesel pushers, have their power plant in the rear of the vehicle, so it’s a quieter ride for the driver and passengers up front.  But all those pros come with a much higher price tag.  For some people all the benefits easily outweigh that extra cost. For others the benefits simply don’t offset the higher price and for them the gas engine makes the most sense.

“People buy the RV they can afford… then they make their case for that decision based on which pros or cons fit that narrative.”

Author: Peggy Dent is an author, writer, and full-time RVer, traveling around the US and Canada. She’s driven more than 130,000 miles in two gas motorhomes over the past 20 years.